The Los Angeles-born singer, songwriter, and actress projects a wide scope of emotions through her music. She swings from sultry R&B sass to moments of dancefloor bliss punctuated by pop ambition and a whole lot of attitude. Starring in the music-centric NETFLIX hit Westside and posting up millions of views and streams, she delivers a spirited style of her own on a string of 2020 singles and more.

Arika starred in the hit show The Game 2006-2009. At the same time, she appeared in films such as American Son and Mirrors alongside the legendary Kiefer Sutherland, Paula Patton, and the late Cameron Boyce. During 2018, she joined the cast of WESTSIDE on NETFLIX. In addition to performing on standout soundtrack cuts such as “Vibe” with Taz Zavala and Leo Gallo and “Beauty and the Struggle” with Taz Zavala, she delivered the standout “Be-You-Tiful.” Now, she properly introduces her signature style in 2020. Produced by Josh Alexander and Billy Steinberg, the single “You Touch Me Too Much” highlights her showstopping range as she flips from flirty verses into a fiery refrain, “You touch me too much, and I like it.”

“When you listen to me, I hope you get healing, clarity, understanding, and closure,” she leaves off. “I want to inspire you to love yourself. Break out of your own box, abandon any conditional happiness, and be happy being you unconditionally. Music has empowered me to do that.”

Meanwhile, airy percussion pops off on the follow-up “Flatline” as her dynamic delivery builds towards a surefire send-off over guitar and computer bleeps.

At the same time, she consistently uses her platform and voice to fight injustice, remaining committed to activism.

“In many ways, art is a way for me to express my activism,” she explains. “It’s a channel to help people how I’ve helped myself. I use it to speak up for social causes and fight injustice.”

In the end, Arika exhibits the power to heal in everything she does. 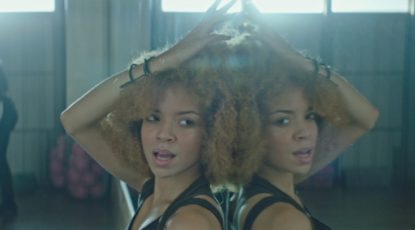 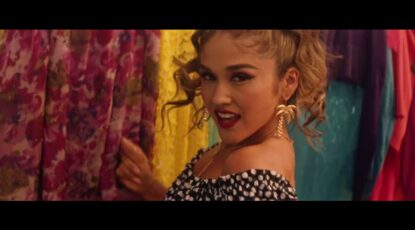 Arika Gluck is an actress, singer, songwriter and model from Los Angeles.